TAG Heuer and Gulf: a historical partnership for a mythic timepiece that changed the face of the watchmaking industry. In 1969, the TAG Heuer Monaco and its square case – equipped with the first in the world automatic chronograph, the Caliber 11 – is a genuine revolution, regarding both technique and aesthetics.
A watch passed into posterity thanks to the Le Mans movie in which Steve McQueen, driving his Porsche 917 bearing the Gulf colors, carries a TAG Heuer Monaco 1133B Caliber 11 on his wrist.
Revisited for this special edition, its iconic blue sunray dial features the emblematic blue and orange Gulf racing stripes. A calfskin perforated blue strap, with orange stitching, completes the very racing look of the watch inspired by the King of Cool and his famous blue and orange sports car.

Drawing from the origins of the TAG Heuer Monaco, the special TAG Heuer Monaco Gulf edition celebrates the rich inheritance of the watchmaking brand with motor racing. A way to perpetuate a legendary partnership through a timepiece, as racy as it is everlasting. 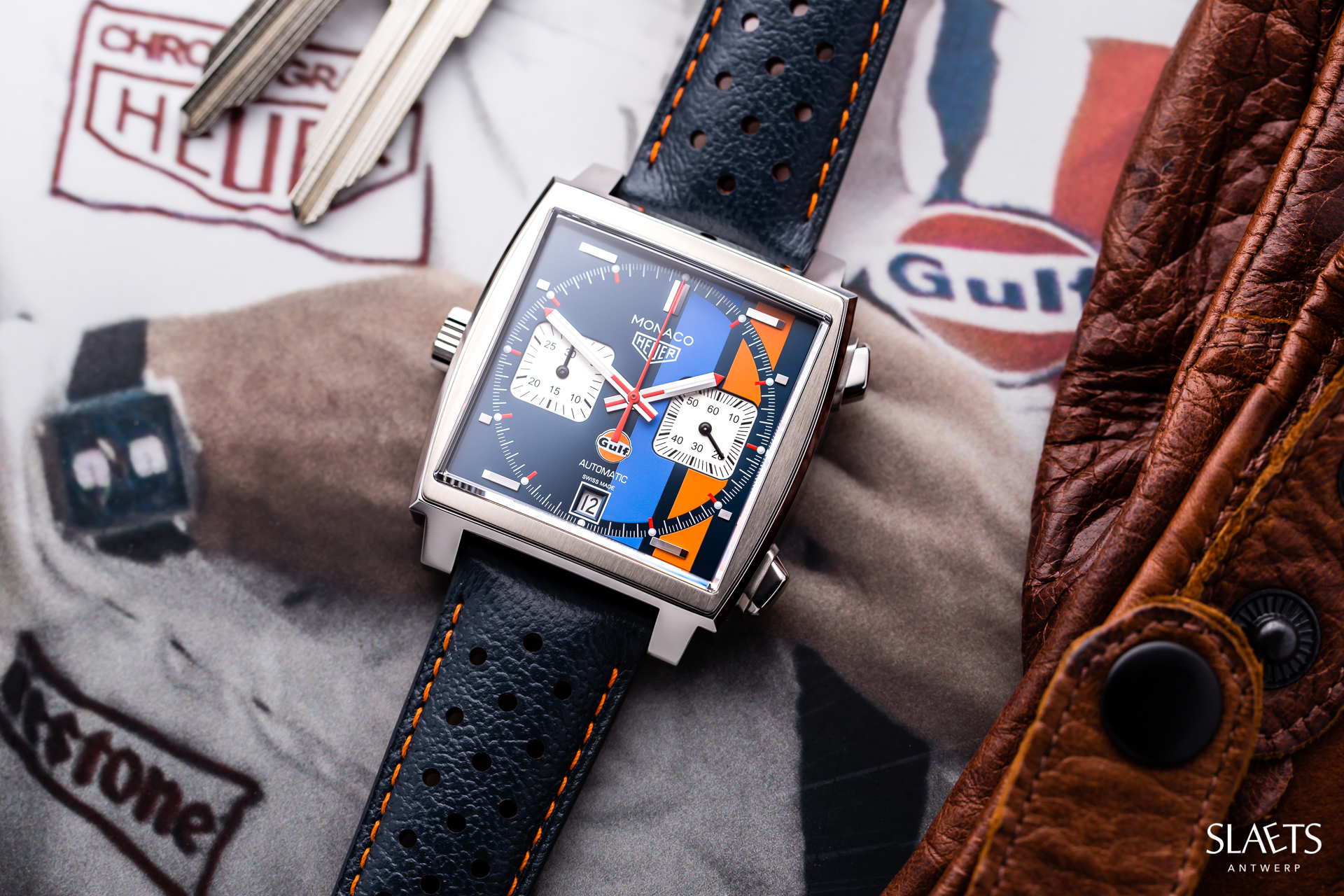 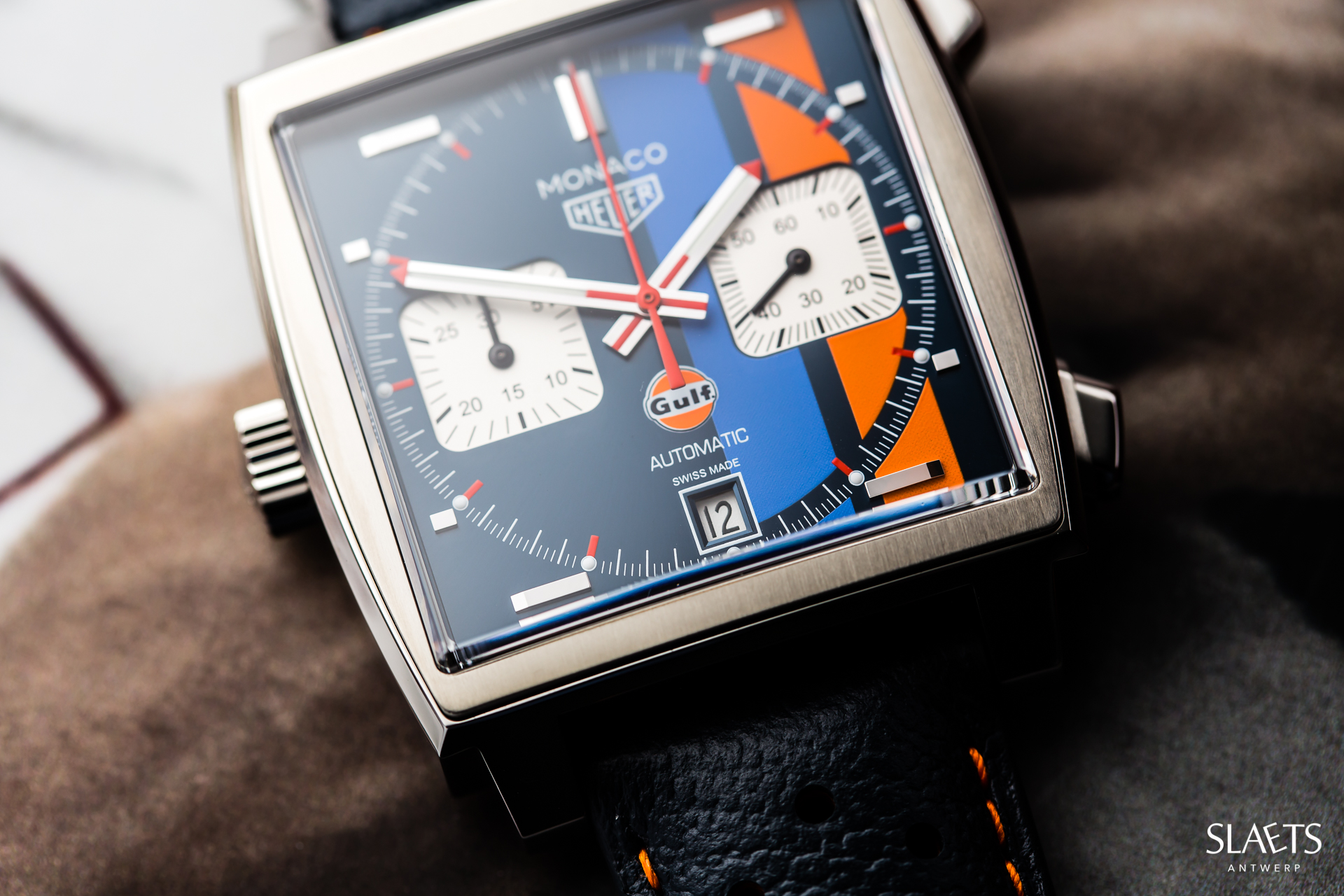 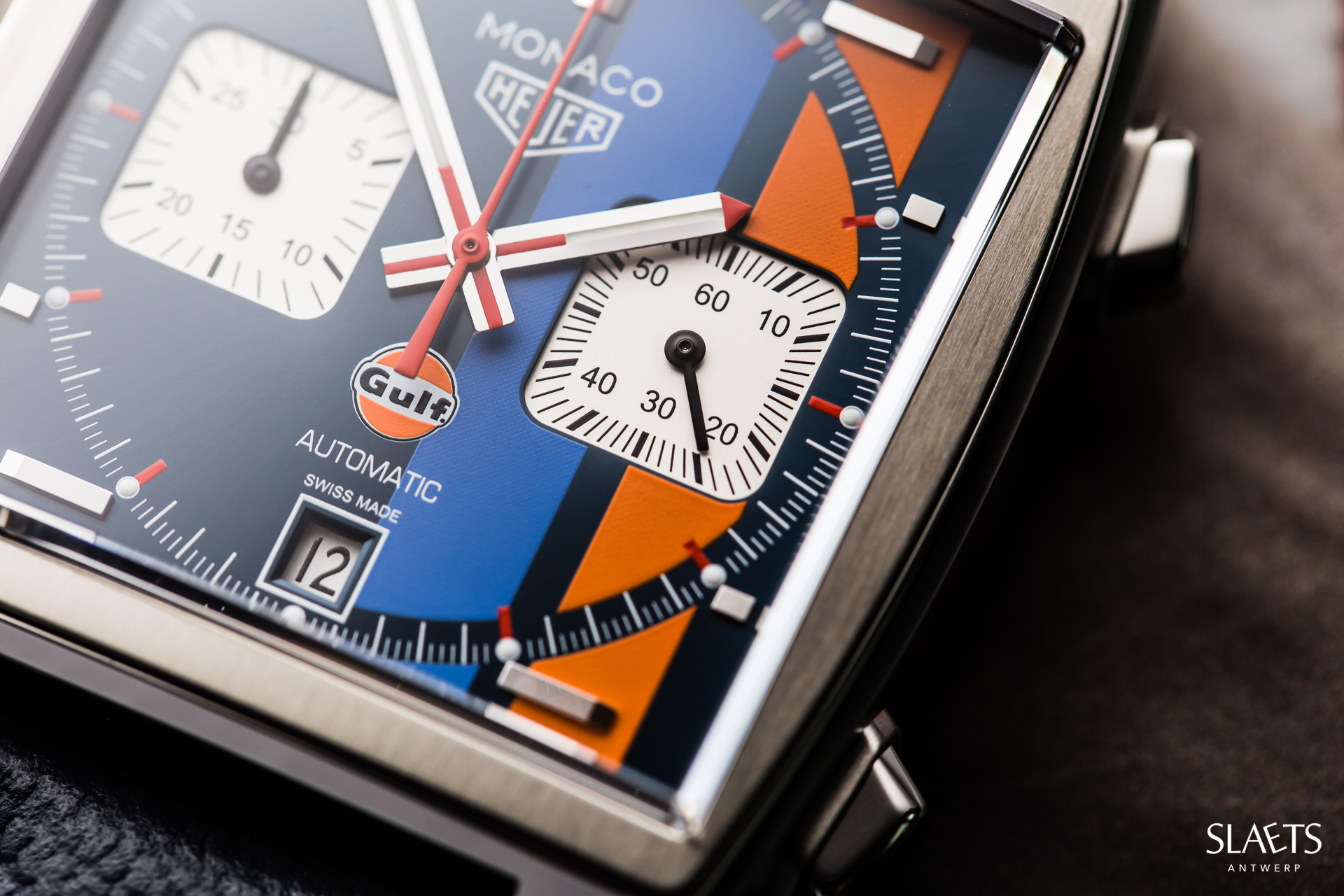 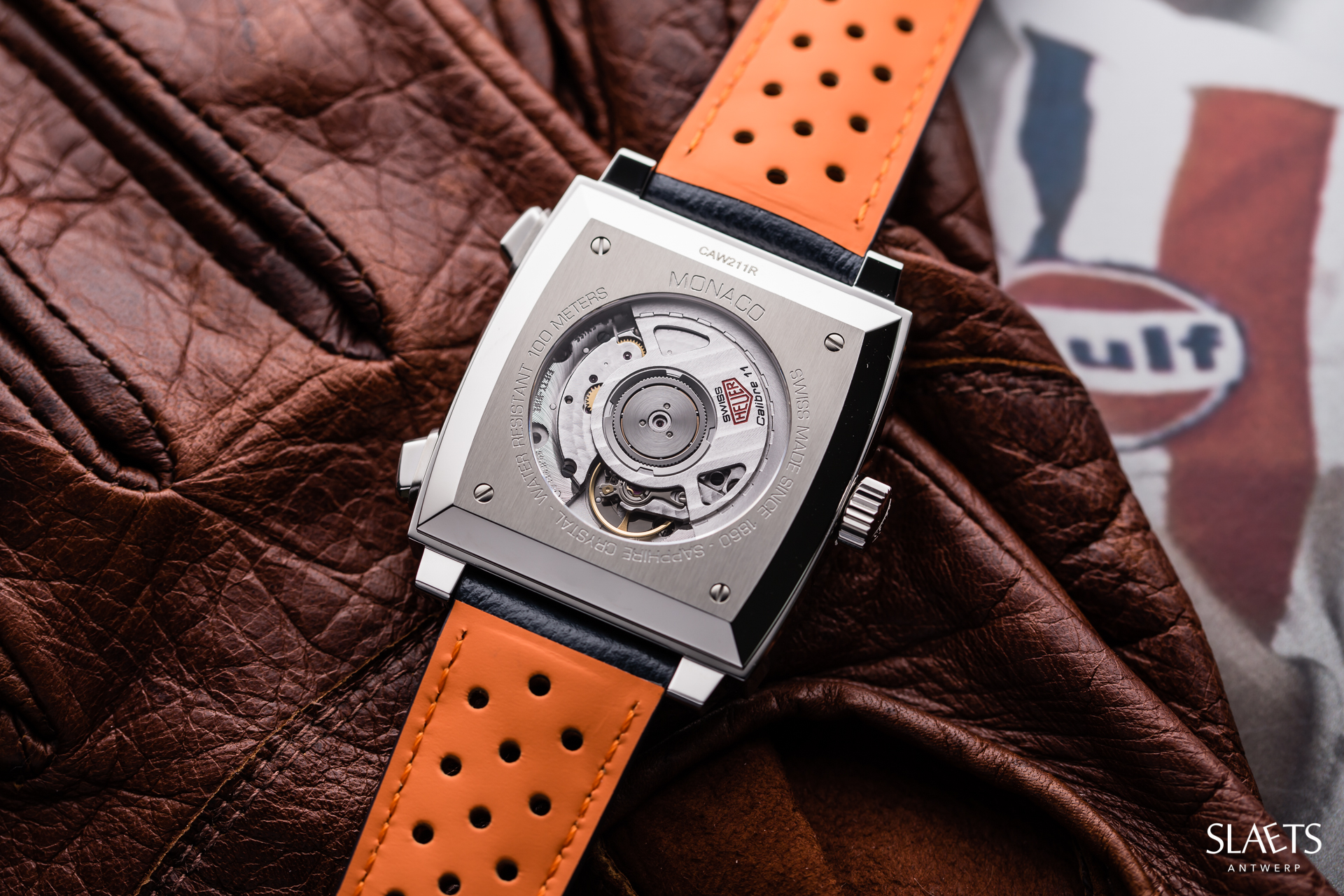