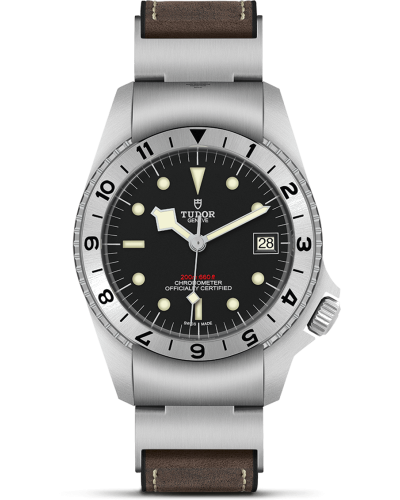 TUDOR introduces the Black Bay P01, a watch based on a legendary prototype develop in the late 1960s and proposed to the US Navy, and in so doing lifts the veil on a little-known aspect of its history.

In 1967, TUDOR, who had been supplying the US Navy with divers' watches since the late 1950s, began development of a new watch needed to meet a set of specifications required by the American government and incorporated the results of the latest research carried out by the brand's engineers. This resulted in the production of prototypes, as well as a patent for a hitherto unseen function. The ambitious project, which carried the code name "Commando", never came to fruition. In 2019, the TUDOR Black Bay P01 model – which stands for prototype 1 – is inspired by a prototype developed as part of this study and kept in the brand's archives, only to have its unique aesthetic brought to life 50 years later. The Black Bay P01 reflects the exploratory nature of the project, a cross between a divers' watch and a sailing watch.