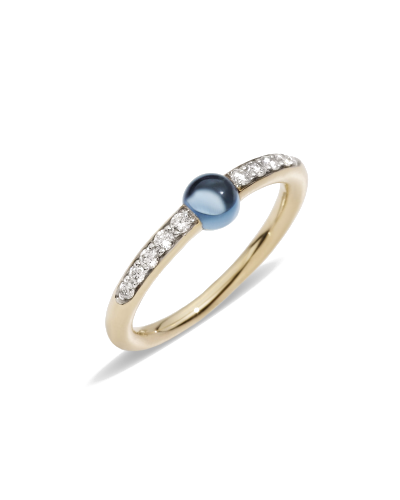 The suggestive romance of M’ama non M’ama with diamonds will amaze you with a sparkling new light.

TOPAZ
According to Roman philosopher, Pliny the Elder, the word topaz was born from its association with the island of Topazos, in the Red Sea. Another theory suggests the word as stemming from the Sanskrit tapas meaning ‘heat, fire’. Presenting a glassy polish, the coloured crystals of topaz are actually transparent. Different varieties may include yellow topaz with hues ranging from gold to orange known as sherry or imperial, and the mesmerising blue topaz.